It remains unclear whether spontaneous eye movements during visual imagery reflect the mental generation of a visual image (i.e. the arrangement of the component parts of a mental representation). To address this specificity, we recorded eye movements in an imagery task and in a phonological fluency (non-imagery) task, both consisting in naming French towns from long-term memory. Only in the condition of visual imagery the spontaneous eye positions reflected the geographic position of the towns evoked by the subjects. This demonstrates that eye positions closely reflect the mapping of mental images. Advanced analysis of gaze positions using the bi-dimensional regression model confirmed the spatial correlation of gaze and towns’ locations in every single individual in the visual imagery task and in none of the individuals when no imagery accompanied memory retrieval. In addition, the evolution of the bi-dimensional regression’s coefficient of determination revealed, in each individual, a process of generating several iterative series of a limited number of towns mapped with the same spatial distortion, despite different individual order of towns’ evocation and different individual mappings. Such consistency across subjects revealed by gaze (the mind’s eye) gives empirical support to theories postulating that visual imagery, like visual sampling, is an iterative fragmented processing 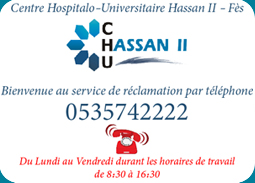